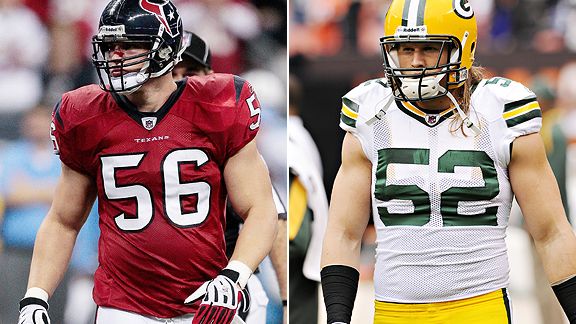 Both Fox Sports and ESPN have reported that Houston Texans linebacker Brian Cushing has been named NFL Defensive Rookie of the Year.

Around these parts, I’m sure many of you would like to be incredulous that Matthews didn’t win the award, but the reality is, Cushing, who was Matthews teammate at USC last year, had a better season. Although I thought the vote would be a lot closer than it was, Cushing deserves the award.

Take a look at the stats.

Matthews had a great season for the Packers and looks to have a great career ahead of him in Green Bay, but you can’t argue with what Cushing did for the Texans.