Ted Thompson: Packers Should Be Better 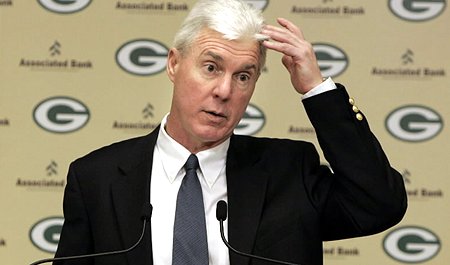 Not sure why we aren't totally awesome. I made all the right moves.

Well, here’s an assessment from Ted Thompson that I think we can all agree with, for once – the Green Bay Packers should be better.

“The preseason and the regular season are a whole different kettle of fish, but yeah, I would have thought we would have played a little bit better starting out,” Thompson said, according to the Green Bay Press Gazette. “But at the same time, we feel like we’re a work in progress, and we’re going to get better.”

“I think everybody to a man would say we have room to improve. We’re fighting, we’re scratching, we’re playing hard. But we think can do better. We think we can play better.”

The Packers have a myriad of problems – the offensive line, the transition to the 3-4 defense, injuries to key players, lack of output from key offensive skill position players, etc. Whether it makes a difference or not, Thompson still believes the Packers are a playoff team, though.

It’s hard to accurately judge a team after four games, but that remains to be seen at this point.

Previous Article
Where Are the Packers Linebackers?
Next Article
Do the Packers Miss Anthony Smith?