Injuries Will Play Huge Roll for Packers the Next Two Weeks 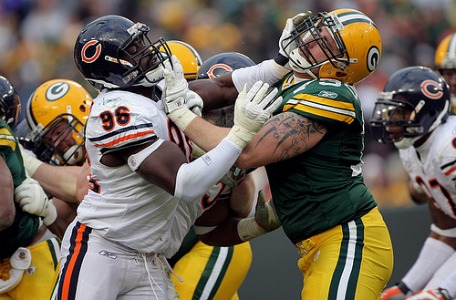 Colledge needs to step up.

Each year in the NFL, the most successful teams do one of two things — they either don’t have injuries, or they overcome injuries.

That’s not to say that those successful teams don’t also have other things in common – they have positive turnover margins, they limit penalties, etc. But without fail, they do one of the first two things I mentioned.

The Green Bay Packers have injuries. The question is whether they can overcome them.

Packers coach Mike McCarthy said yesterday that starting left tackle Chad Clifton, the anchor of the Packers offensive line, will be out two weeks with a sprained ankle. That’s a major blow to an already shaky offensive line.

Colledge’s ability to handle left tackle, a position he played in college, will go a long ways towards determining how well the offense performs the next two weeks.

Similarly, on defense, safety Atari Bigby is out for three more weeks with a knee injury. However, the situation is compounded by the fact that the other starting safety, Nick Collins, may not play this week with a chest injury.

If Collins doesn’t play, the Packers would be forced to start Jarrett Bush and Derrick Martin, who the team acquired in a trade with Baltimore during the final roster cutdown.

I think Nick Collins is going to do everything he can to play. He was limited today as far as the actual official category he fell into, but he was out there today. I anticipate Nick will play but the week will answer that question.

However, the following week, the Packers travel to Minnesota, where they will be without both Clifton and Bigby.

Previous Article
Ochocinco Had Plants!
Next Article
Has Favre Put the Packers On the Hot Seat?