That Other Football League Has Some Stuff Going On 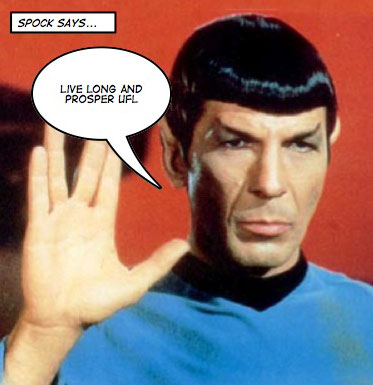 Those of us who remember Vince McMahon’s XFL and their wacky rules, the college-town-based AAFL and their lack of funding, and the flameout that was the USFL (even with talent like Steve Young, Herschel Walker, and Jim Kelly), are all pretty sure the newest entry into professional football, the UFL, is going to fare astoundingly well.

However, despite my sarcasm and cynicism, the UFL, which stands for United Football League, held their first draft last night. While the UFL didn’t pluck any Herschel Walker’s away from the NFL, there were some recognizable names among the players chosen.

Wisconsin Badgers fans will remember Wendell Bryant, a former first-round pick of the Arizona Cardinals whose NFL career was derailed by drug and alcohol problems, and Brooks Bollinger, who played professionally for the Minnesota Vikings and New York Jets. The two former Badgers will suit up for the Las Vegas and Orlando franchises, respectively.

While we’re not talking about a bunch of world beaters, there are some interesting players.

You have to think Chris Perry will tear this league up. It will be interesting to see if Bryant can keep it together and make it back to the NFL. And how can you not cheer for Unertl, a kid from Hartford?

Besides that, there are some very familiar names in the UFL’s coaching ranks with Dennis “Cheeseburgers!!” Green and Jim Haslett helming the San Francisco and Orlando franchises, respectively.

But here’s what I don’t get.

First, all over the UFL’s website, you’ll see the slogan “Your Town, Your Team, Your League.”

I don’t live in any of those towns, so really, then, I guess the UFL isn’t for me. Or at least the UFL doesn’t think it’s for me, not with only four teams located in cities that are not mine and a slogan like that.

Secondly, check out this mission statement.

Last time I checked, the San Francisco area was served by two NFL franchises – neither of which can get a new stadium. And I’ve been to whatever they’re calling Candlestick Park these days – Worst. Stadium. Ever. (Think County Stadium with escalators, and only half the lights work.)

Ditto New York, which actually is home to two NFL teams who’ve been relevant in the past decade.

Meanwhile, I live in Los Angeles, where our professional football team plays on Saturdays against teams like Washington State, Stanford and UCLA. But I guess Los Angeles doesn’t fit the criteria for “major markets currently underserved by professional sports.“

OK, OK, Los Angeles is hardly underserved by professional sports, and I’m not suggesting I would buy a ticket anyway, but could someone justify a francshise in New York and a mission statement like that?

We’ll give this league one year. Who wants some of that over/under action?