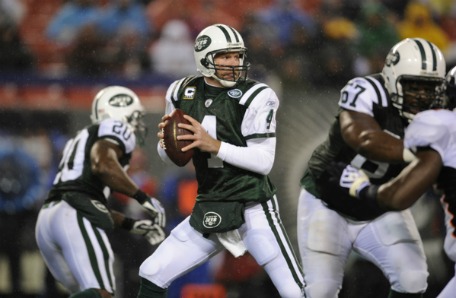 Favre could be handing off to Adrian Peterson next season.

In the surest sign yet that former Green Bay Packers quarterback Brett Favre will play football for the Minnesota Vikings this season, ESPN has reported Favre has undergone shoulder surgery.

Favre had arthroscopic surgery to repair a torn biceps tendon, but remains uncommitted about playing because the shoulder isn’t 100 percent, according to the ESPN report.

We, among others, expect the shoulder to heal and Favre to play.

Other sources say they believe Favre’s ultimate recovery makes him a certainty to play for the Vikings, but the team will wrap up their organized team activities (OTAs) with four practices, Tuesday through Friday.

The Vikings report to training camp at the end of July and could agree to a contract if Favre’s recovery accelerates to the point where both the quarterback and the team are comfortable with his return for the 2009 season, sources said. Favre’s motivation to un-retire again is based on his desire to keep playing and the fact that he perceives the Vikings as a Super Bowl contender that runs “his offense,” virtually identical to what he directed for 16 years in Green Bay, the sources contend.

If Favre comes back and plays for the Vikings, he can fuck himself.