It’s All Part Of The Plan 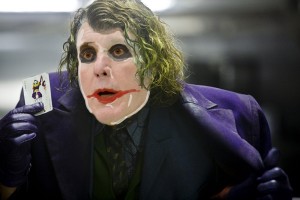 Coming off an utterly disappointing season, the anxiety on the part of the fan base is understandable. Throw in an offseason staff purge and switch to the 3-4 defense and I guess it’s easy to sort of adopt a “do something – ANYTHING” attitude.

But it’s not the right approach. And in their heart of hearts, Packers fans know it. Ted Thompson sure as shit knows it, too. Like him or not, you have to admire his steadfast commitment to his original plan, even in the face of constant criticism. Something else Ted Thompson is aware of is that the last few Super Bowl champs were not built with dramatic high-priced free agent signings. They were built with solid drafting, careful spending, and keeping their own worthy players.

Tell me who the big time free agent signed by the Steelers before last season was. Who was the one guy that they spent a ton of cash on to put them back on top? Know why you can’t think of that guy’s name? Because he doesn’t exist. The Steelers were built with excellent drafting and the inspired development of low-priced nobodies. James Harrison is Exhibit A. The draftees that emerge as stars, the Steelers have been able to lock up long term.

And that’s what’s going on here. Panicked Packers fans need to stop and think. Say the Packers pulled the trigger and signed Chris Canty to a $42 million dollar contract. That would all but assure the departure of one or more of the following 2010 free agents: Greg Jennings, Aaron Kampman, Nick Collins, Atari Bigby and most of the Packers offensive line – starters and Pro Bowlers.

Is it wise to sign Canty only to lose Greg Jennings – one of the best wide receivers in the league? Does that make any fucking sense? No. It doesn’t. Thompson is saving and creating cap space so he can lock up the Packers core players and playmakers long term before they hit the open market.

In addition to the lack of activity, some have slammed the signing of former Steelers’ loudmouth Anthony Smith. But the Packers signed him for next to nothing. No one has held him up as THE answer to what ails the Packers’ defense. He’s the number four safety on the depth chart at best, but he brings knowledge of the system and has to be an upgrade over the likes of Jarret Bush and Charlie Preprah. It was a frugal move that only has an upside.

The draft is the most important part of building the Packers. Admittedly, Thompson has room to improve in this area (Justin Harrell, I’m looking in your direction), but Thompson has also been savvy in the area of picking up bargains after the initial free agent frenzy and I think we’ll see more of these types of moves as the Packers move further into spring.

My message to Packers Nation is to chill out. It’s all part of The Plan. Maybe it will work, maybe it won’t. But the offseason is just getting started.

Previous Article
The Curious Case of Jarrett Bush
Next Article
Packers Will Retire No. 4… Later