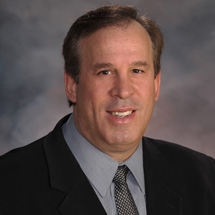 In a move that we normally wouldn’t even both to speculate about or address, the Green Bay Press Gazette reported that the Packers hired Mike Trgovac as their defensive line coach today.

The reason this may be significant is two-fold. First, Trgovac was Carolina’s defensive coordinator for the past six seasons. He turned down a contract offer to remain in the job after the season (as did several other assistants on coach John Fox’s staff).

Similarly, star defensive end and free agent to be, Julius Peppers expressed his desire to move on from Carolina after the season, saying he no longer wished to play for the organization.

The fact that a defensive coordinator left a playoff team to take a lesser position with a young, underperforming club, and the star defensive player (who was born in North Carolina and played collegiately at North Carolina) says he no longer wants to play for the organization signals two possibilities to me. Either coach John Fox has lost the respect of his employees and players or the club’s ownership and management has lost the respect of most everyone not named Fox.

It stands to reason that Peppers’ desire to play for another club has little to do with any other club, but more a desire to exit the Carolina Panthers’ organization.

The Panthers may well franchise Peppers and either look to trade him for a couple high draft choices, or make him play under the one-year tender of $17 million. They also may just decide to cut their losses with a disgruntled player (Javon Walker, anyone?).

If the latter scenario happens, I would suspect that two former Carolina coaches – Trgovac and defensive coordinator Dom Capers — would look awfully attractive to Peppers. And so will the money that the Packers have available under their salary cap.

Previous Article
The Vikings to Los Angeles?
Next Article
Al Harris is the Best CB in the League