No, Mike McCarthy hasn’t been fired… yet. But there’s no sense in not preparing for the future, and we here at Total Packers like to be prepared.

While there’s no telling if Big Ted will do the right thing after the season by parting ways with McCarthy, here’s a look at what would make the most sense for the Green Bay Packers. Some intriguing options, there are. Bill Cowher: The guy wants back into coaching, and he’s on top of just about everyone’s list. While Sports Illustrated has suggested Cleveland and Detroit as possible destinations, it makes sense that Cowher would be intrigued by a Green Bay opening. The Packers have more talent than both of those teams, and I can’t see Cowher wanting to face his former team, the Steelers, twice a year, like he would have to do in Cleveland. In addition to offering Cowher a young team with talent, Green Bay, as a city, fits Cowher’s no nonsense, blue collar personality. Plus, this guy will punch you in the mouth if he feels like it, and the Packers definitely need some of that.

Why he comes: Talent, potential, tradition.

Why he doesn’t: Another team throws a boatload of money at him, he prefers a club with more veterans, Ted Thompson needs to be the biggest ego in the building.

The Walrus: This was supposed to be Holmgren’s last season in Seattle before he rode off into the sunset. And then he talked about taking a year off, before returning to the sidelines. And then, last week, Holmgrem admitted he may have pulled a Favre and decided to call this season his last a little prematurely. “Kathy and I had talked about what we were going to do,” Holmgren told the Seattle Times. “I communicated that fairly with the organization, but like a friend of mine, Brett Favre, people change their mind on occasion. But while this is going on, organizations have to make decisions.” Something tells me that much like Bill Parcells, Holmgren can’t do without the game of football. I think if the coach who led you to your last Super Bowl victory is available, you have to take a look.

Why he comes: Familiarity, past glory, wants another street named after him.

Why he doesn’t: Been there done that, no Brett Favre, still butt hurt about not getting power over personnel the last time around.

Steve Spagnuolo: Sure, he’s kind of funny looking, but the New York Giants’ defensive coordinator has led one of the best units in the NFL over the past two seasons. And god knows the Packers need some help on defense. Spagnuolo’s unit was the primary reason the Patriots didn’t go undefeated last season (or that Brett Favre didn’t complete the storybook ending and retire for good). This season, Spagnuolo leads the sixth ranked unit in the league despite Michael Strahan’s retirement and Osi Umenyiora suffering a season-ending injury during the preseason. He’s not only proven himself a great coordinator, but a coach that can keep a unit focused and together. Plus, he’s a Tom Coughlin disciple, so you know he’s a mean son of a bitch who doesn’t take any shit – just what a young team needs.

Why he comes: Big Ted likes his defensive pedigree.

Why he doesn’t: One of the above is interested, the Giants go too deep in the playoffs and Packers move quickly. 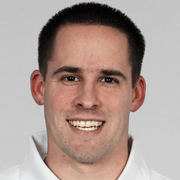 Josh McDaniels: Sure, New England’s third-year offensive coordinator is only 32 years old, but can you argue with the results? Nevermind that McDaniels was the coordinator of the highest-scoring offense in NFL history last season, it’s more impressive what he’s done with the Patriots offense this season. Despite the absence of Tom Brady and various running backs at various times, New England is still ranked sixth in total offense. McDaniels has won with a quarterback who didn’t even start in college and a rookie fourth-string running back with four names. He’s made the aforementioned quarterback, Matt Cassell, look spectacular at times. Can you imagine the possibilities with Aaron Rodgers and the Packers’ receiving corp? The wild card here is whether McDaniels even wants to coach his own team. Last season he took his name out of the running for head coaching jobs.

Why he comes: Offensive potential. 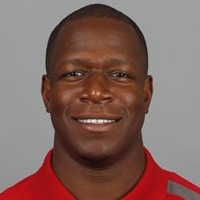 Raheem Morris: I know what you’re thinking. Who? Bear with me for a moment. Morris is Tampa Bay’s secondary coach, and will be the team’s defensive coordinator next season now that Monte Kiffin has agreed to join his son Lane’s staff at Tennessee. First, consider Morris’ pedigree. In addition to working with former Packers’ assistant and Tampa coach Jon Gruden, Morris came up under current Steelers’ coach and former Tampa assistant, Mike Tomlin. Second, consider the recent trend of hiring head coaches who haven’t reached the coordinator rank in their previous position. In addition to Tomlin, Washington’s Jim Zorn, Atlanta’s Mike Smith, Miami’s Tony Sparano, and Baltimore’s John Harbaugh never made it as high as coordinator at previous NFL stops. Morris is said to be fiery and a motivator and fire and motivation seem to be something that the Packers have lacked this season.

Why he comes: He brings his intensity and fire, recent hiring trends.

Why he doesn’t: Cowher or Holmgren get tapped, too young (like McDaniels, he’s 32), lack of experience.