It Ain’t Over Yet – Vikings’ DTs Suspended! 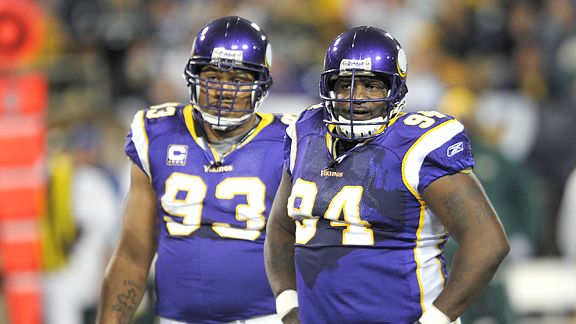 If there was ever a light at the end of the tunnel, this is it.

The Minnesota Vikings’ all-star duo of obese defensive tackles, Pat Williams and Kevin Williams, have officially been suspended for the final four games of the season.

Both were suspended for violating the NFL’s drug policy, having tested positive for using a banned diuretic that can serve as a masking agent for steroids.

I’ll make the argument that these two chumps are, together, more valuable to the team than Adrian Peterson. Without them, the Vikings will struggle to control opposing offenses… which means they may lose a game or two. Hopefully two.

If the Packers win out, there is still hope.