Johnny Jolly and the Long Arm of the Law

On Tuesday, Jolly was indicted on drug charges in Texas. On July 8, he was arrested for possession of at least 200 grams of codeine.

Anyone who has ever messed around with codeine knows that Jolly was in for one hell of a weekend.

But let’s get serious here for a second. Johnny Jolly has a problem, the warning signs have been prevalent, and we haven’t done anything to help the guy.

Remember when Jolly was an up-and-coming defensive tackle at Texas A&M with growing NFL aspirations? 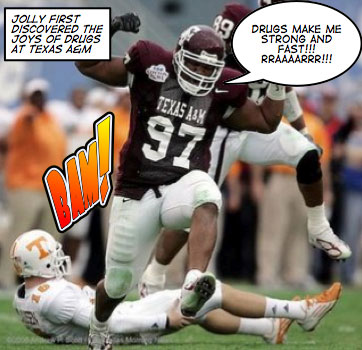 He soon joined the Packers, where, although certain people had an idea of what was going on – the all-night binges, waking up in a dumpster, digging shallow graves for hookers outside of De Pere – nothing was done. 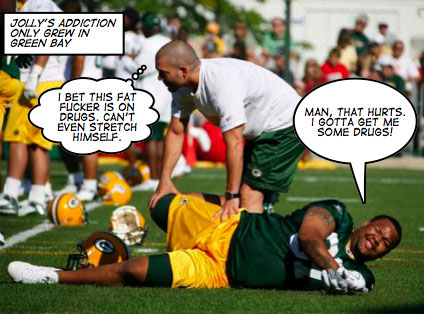 Soon, Jolly was showing up to team functions, like photo day, high. 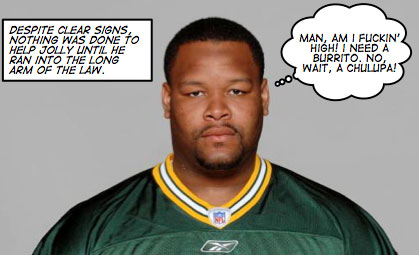 I think it’s time to own up and admit to the role we all played in the downward spiral Johnny Jolly is now in. Sure, we could have not pressured him to drink that entire bottle of Jack Daniels. We could have not cut that stripper’s throat after she told us that coke makes our balls look small. We could have not demanded he bring 200 grams of codeine back from Texas last July.

But we didn’t do any of that, and therefore, we are to blame.