Why We Hate The Cowboys 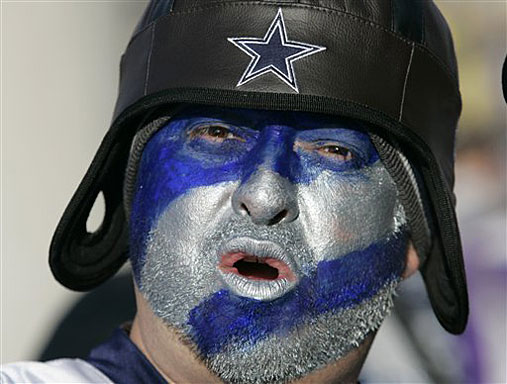 This is how I go to work!

Generally regarded across the nation as the absolute most annoying, least informed fans in professional sports, Dallas Cowboys fans embody the most despicable traits of their state, the Godforsaken outhouse called Texas. Or as it sounds in their garbled hayseed dialect “Tay-ha.”

Previous Article
Koren Robinson Is Back!
Next Article
Packers Not As Good As We Thought